Book - An Awkward Truth The bombing of Darwin, February 1942 by Peter Grose

Special 75th anniversary edition of the compelling and very human story of the first foreign assault on Australian soil since settlement - the attack on Darwin by the Japanese in February, 1942.

The bombing of Darwin on 19 February 1942 is the battle Australia tries to forget. Although there was much to be proud of that day - courage, mateship, determination and improvisation - the dark side of the story lingers: looting, desertion and a calamitous failure of Australian leadership.

The Japanese struck with the same carrier-borne force that devastated Pearl Harbor only ten weeks earlier. There was a difference: they dropped more bombs on Darwin, killed more civilians in Darwin, and sank more ships in Darwin than in Pearl Harbor. It remains the single deadliest event in Australian history. Yet the story has remained in the shadows.

Absorbing, spirited and fast-paced, An Awkward Truth is a compelling and revealing story of the day war first came to Australia, and of the under-armed and unprepared soldiers and civilians who faced their toughest test on home soil. 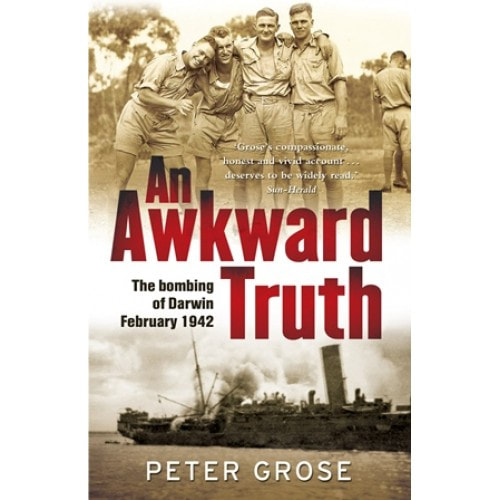